Reading my mind, Woody’s reminded of the tasty, local, life-affirming products from Deep Eddy Vodka (named after the oldest spring-fed pool in Texas). The second vehicle introduced by Volkswagen in 1950, a van, is the Type 2, based on the Beetle, Type 1. These vans were manufactured as late as 2013 in Brazil. The older one here is call the T1, and the newer one T2, introduced in 1967.  Called the Breadloaf or Bay-window vans, among many improvements, they replaced the treacherous rear swing axles of earlier VWs.  The Chicken Tax dramatically reduced imports of light trucks onwards from 1964. This T2 was built before 1972. 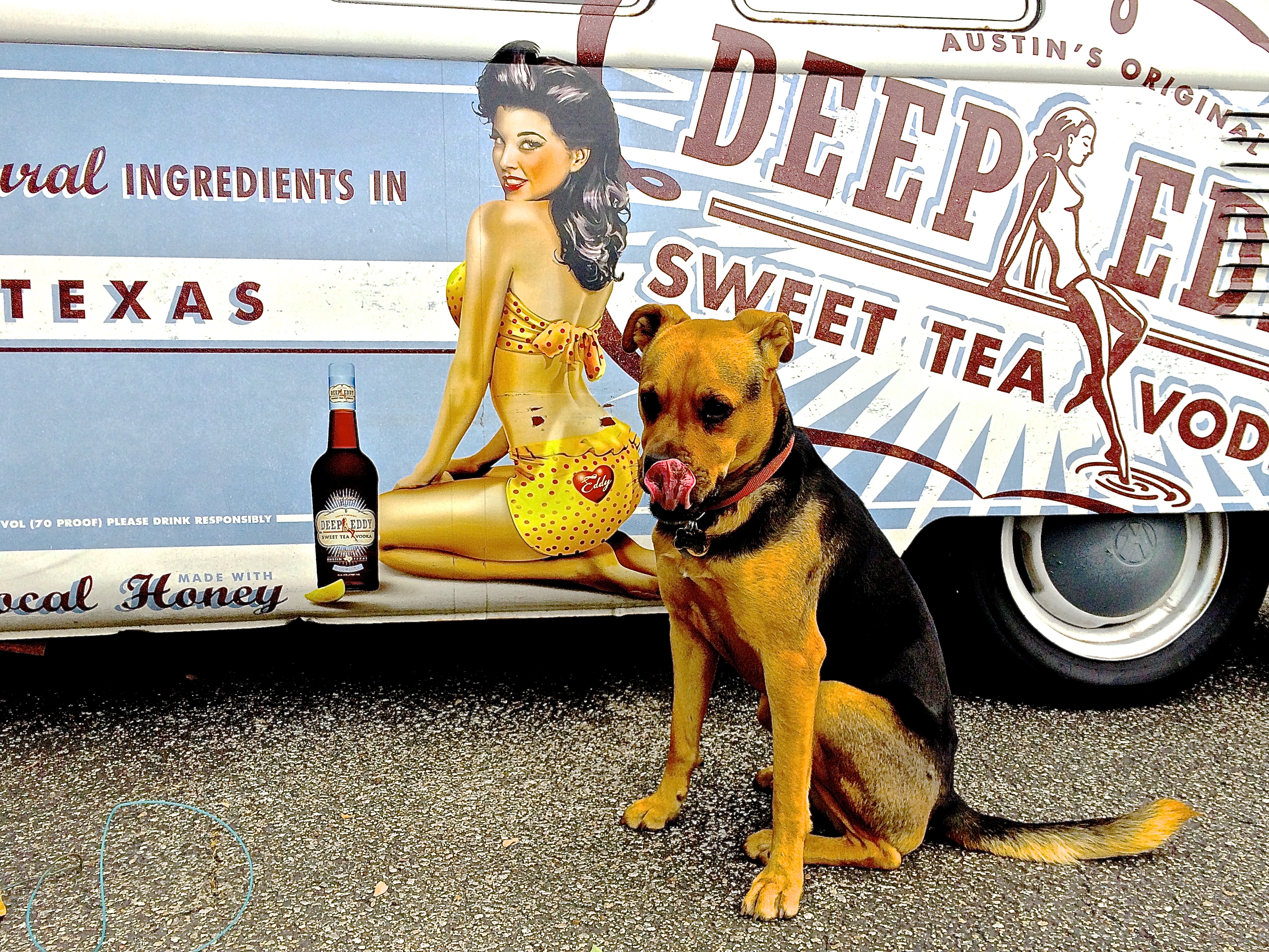 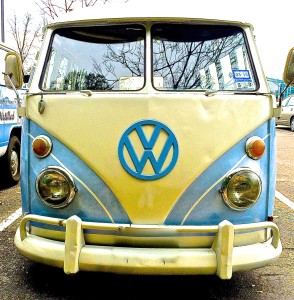 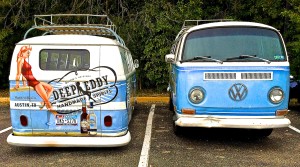 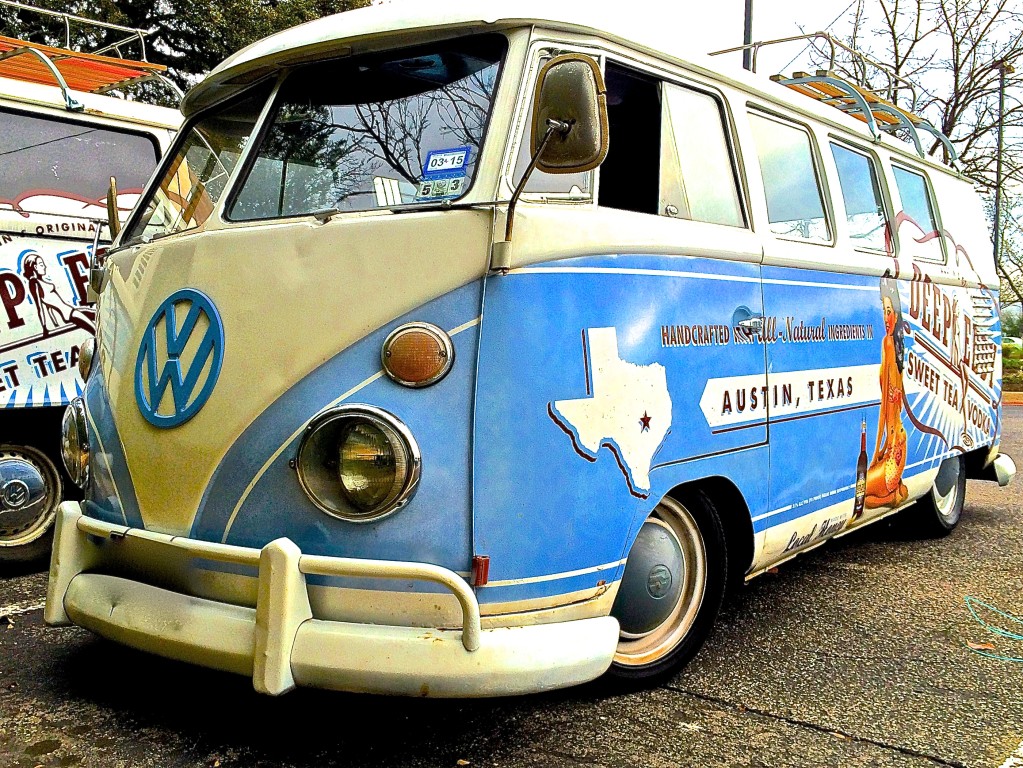 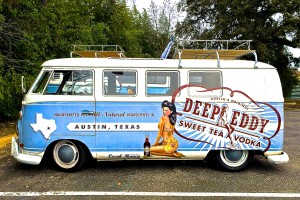 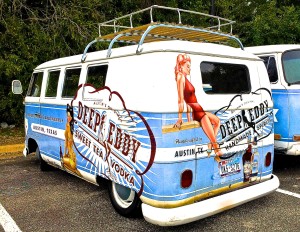 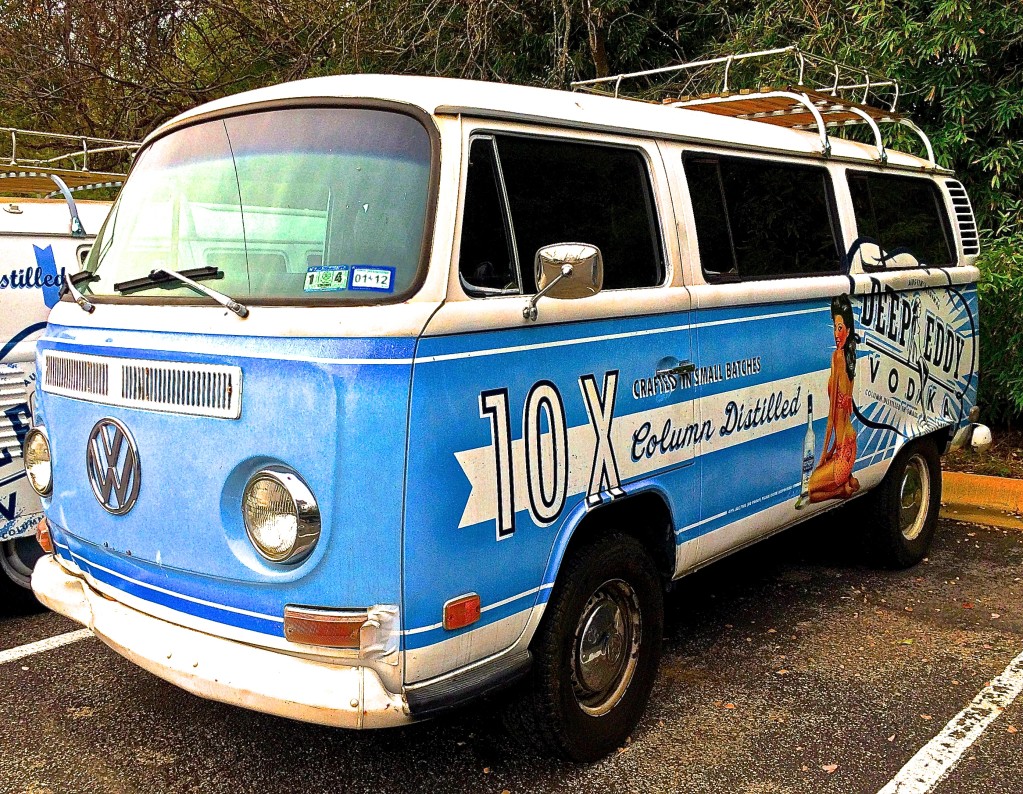