This handsome beast was posing on S. Congress Ave. in Austin Friday night during Lonestar Round Up week.  What you bet it’s got diesel power? 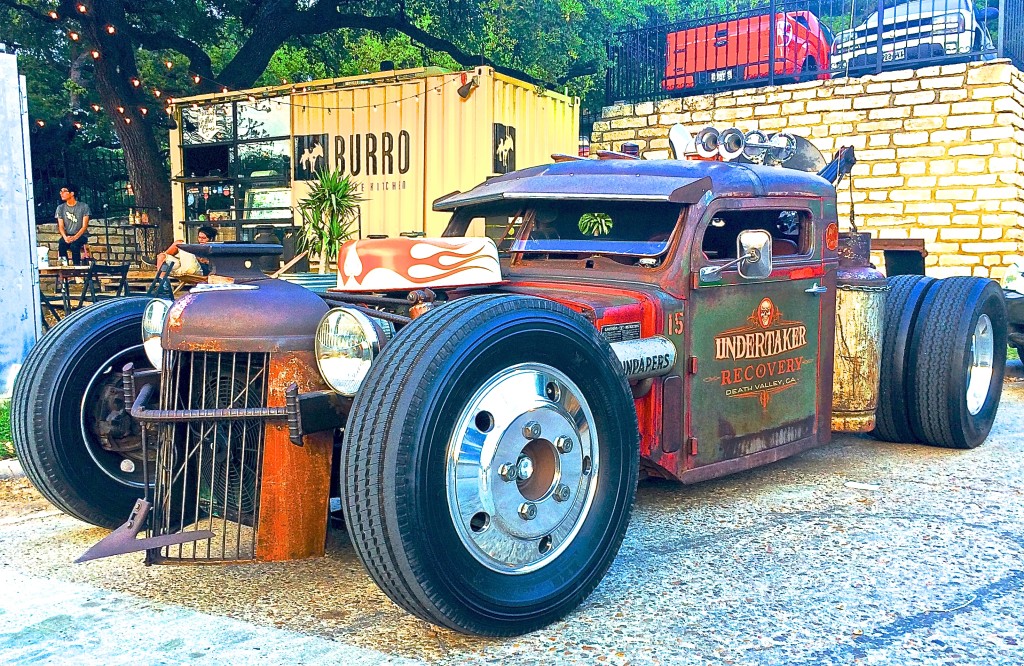 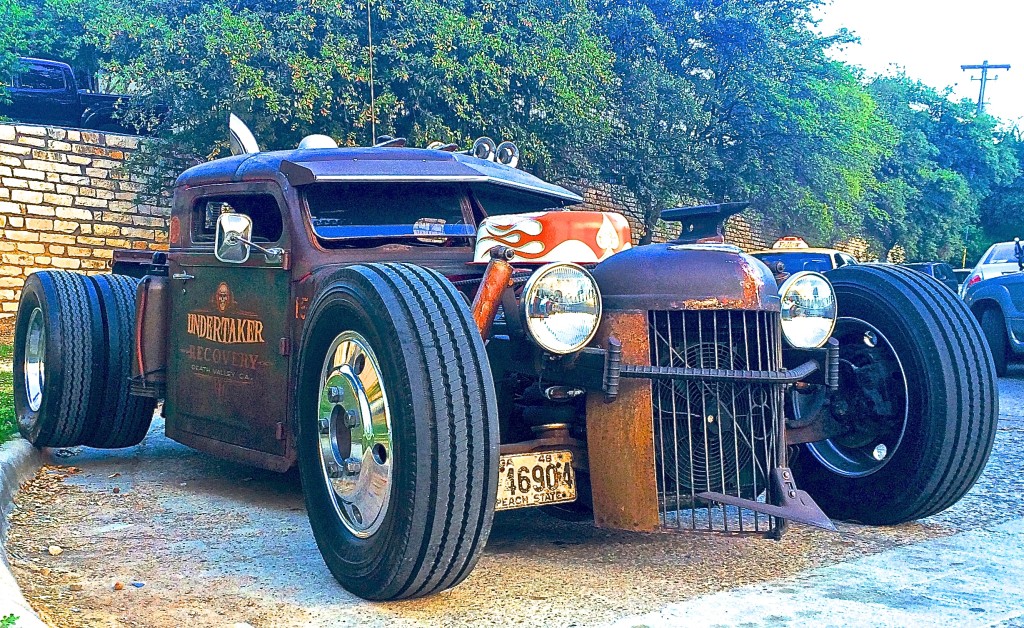 Cool Rat Rod Truck at Lonestar Round Up

Check out the headlight shields. 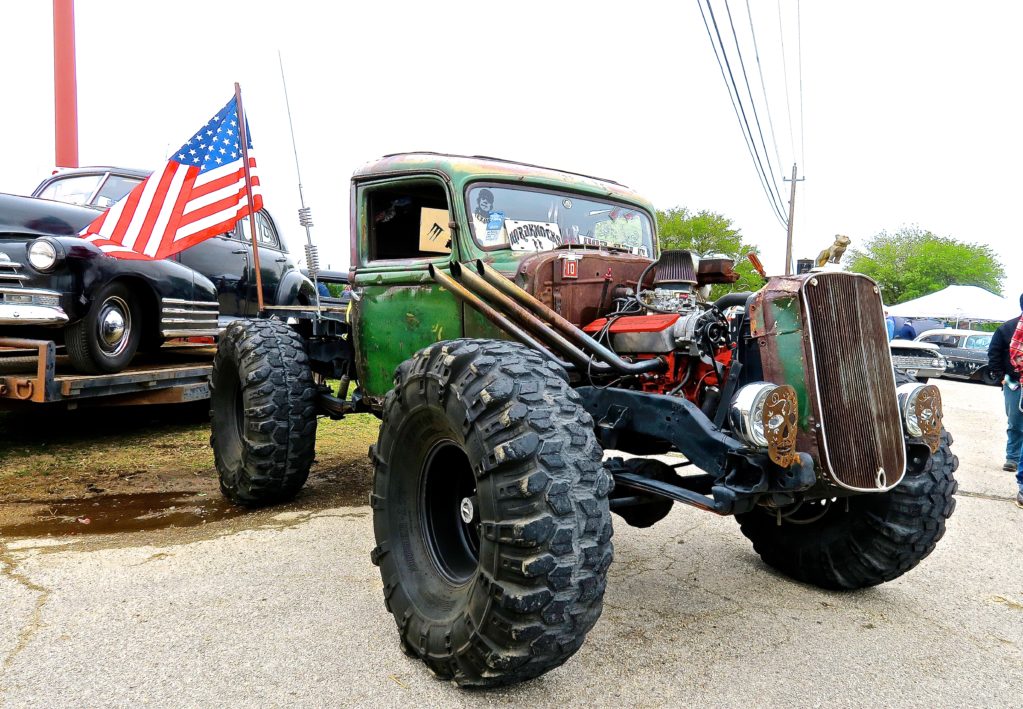 Two weeks ago, motoring into New York City to spend Thanksgiving with my daughter and extended family, I slowed down to get a better look, and pictures, of this impressive, custom, black (long wheelbase) tractor trailer. Cool as it was, it had a bonus: A custom motorcycle (Harley Davidson?) perched between the cab and the trailer.  On the back of the cab was a large graphic saying: El Toro Cubano, Aug. 3, 1923 – Mar. 31, 2015, and Size Does Matter II. What does it all mean? Also, notice the windshield visor is pushed almost to the glass, covering most of it. The custom motorcycle has number 69 on it and HARD on the gas tank. UPDATE: After I posted a note about it on Facebook, Chad Switzer identified it as an East Coast Large Cars truck (such a weird name). Chad explained that this Peterbuilt was modified perhaps as many as 15 years ago, and was named, ‘Awesome Pete — Project 350.’ — it has a 350″ wheelbase — and has been further modified since this youtube video was made.) 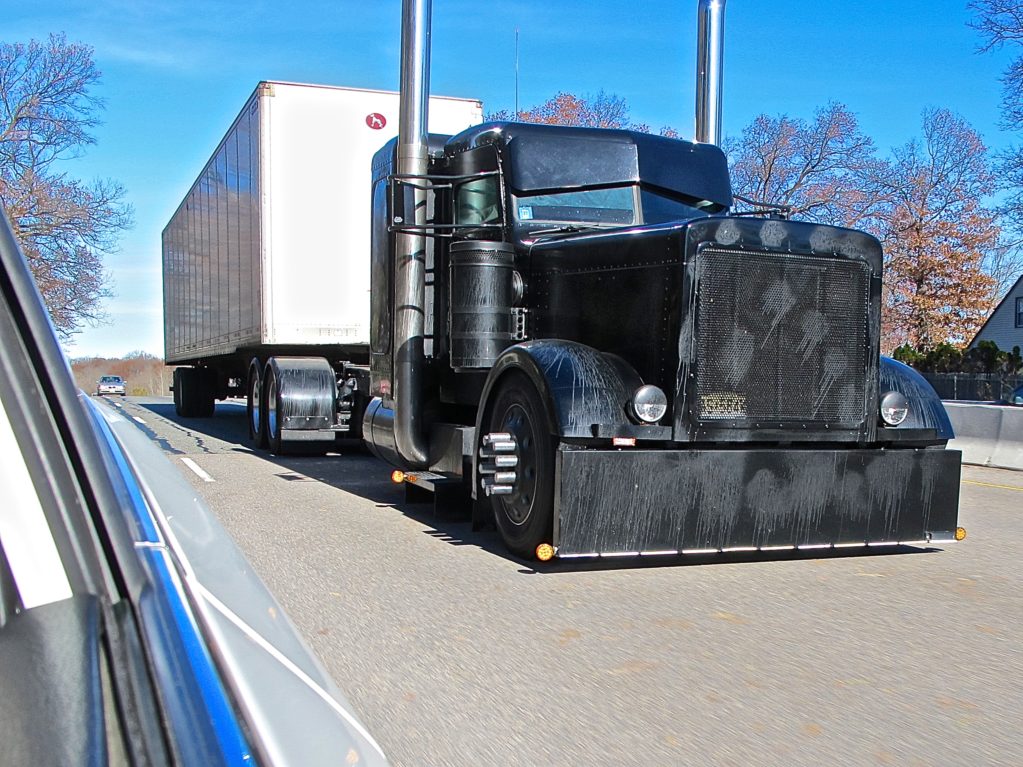 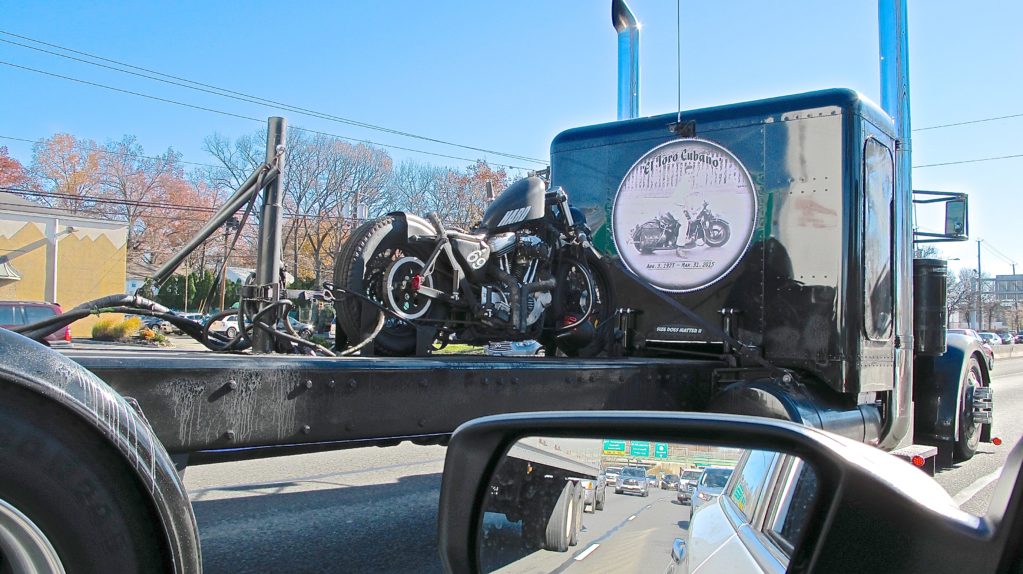 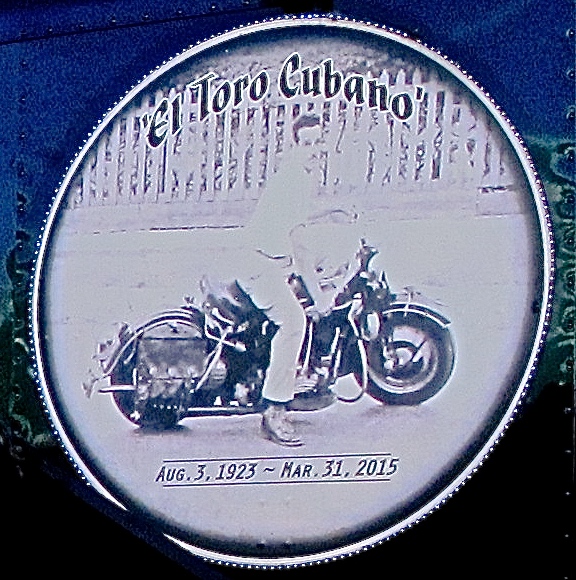 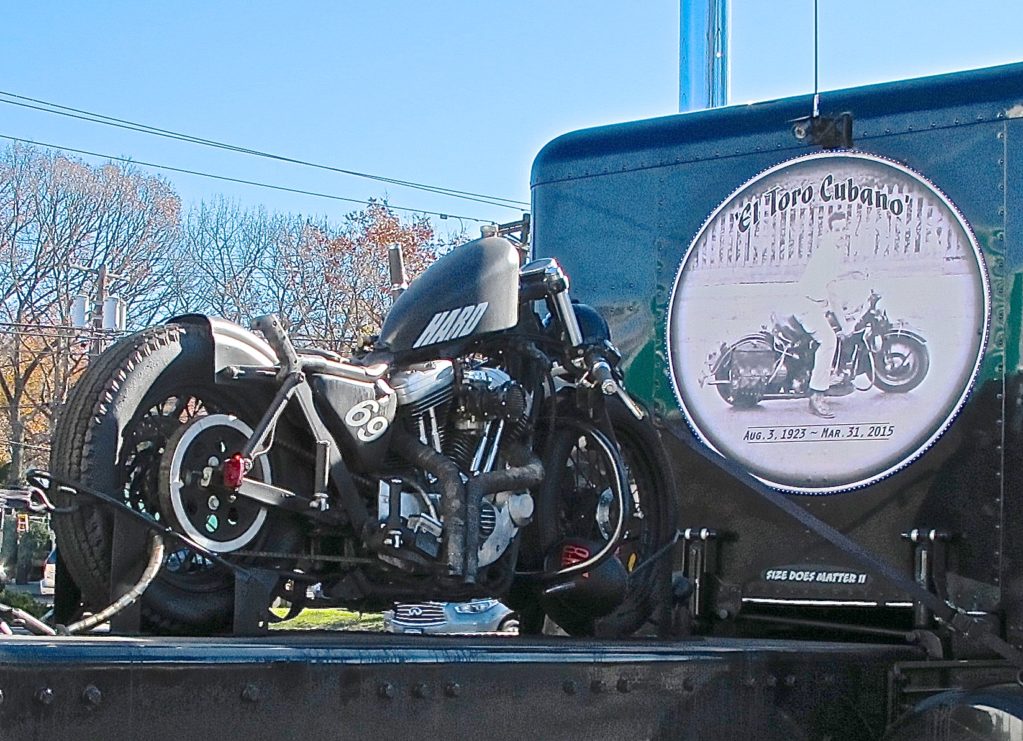 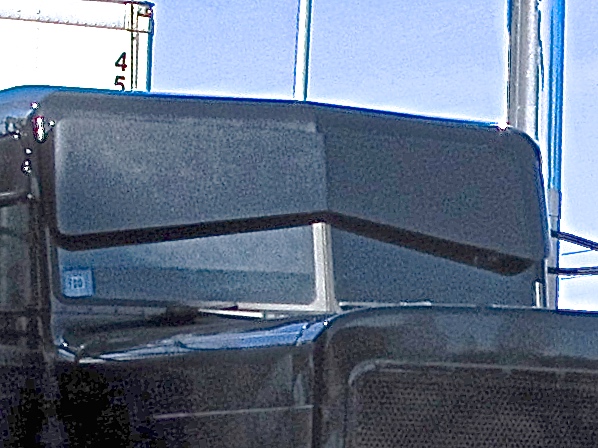 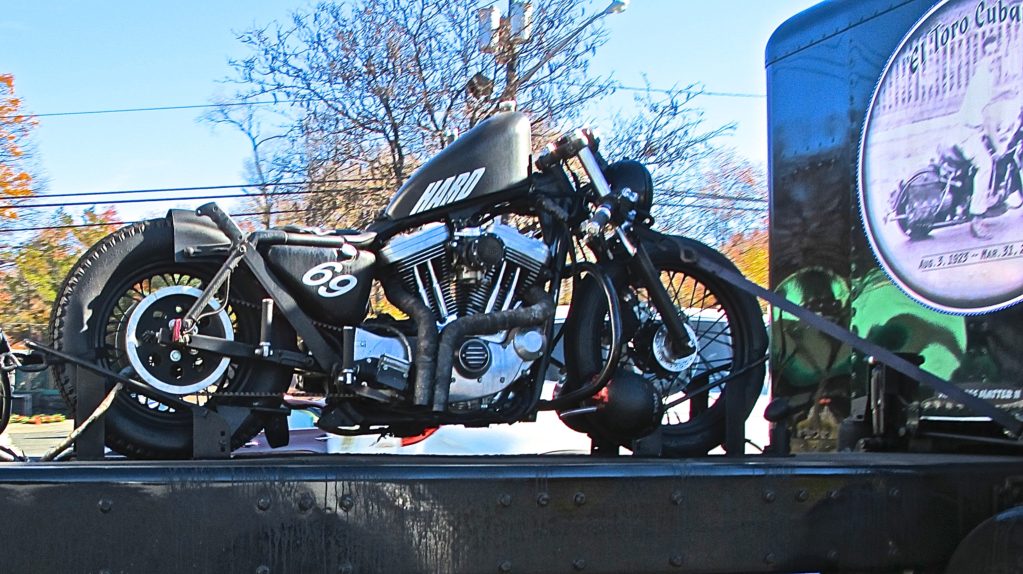 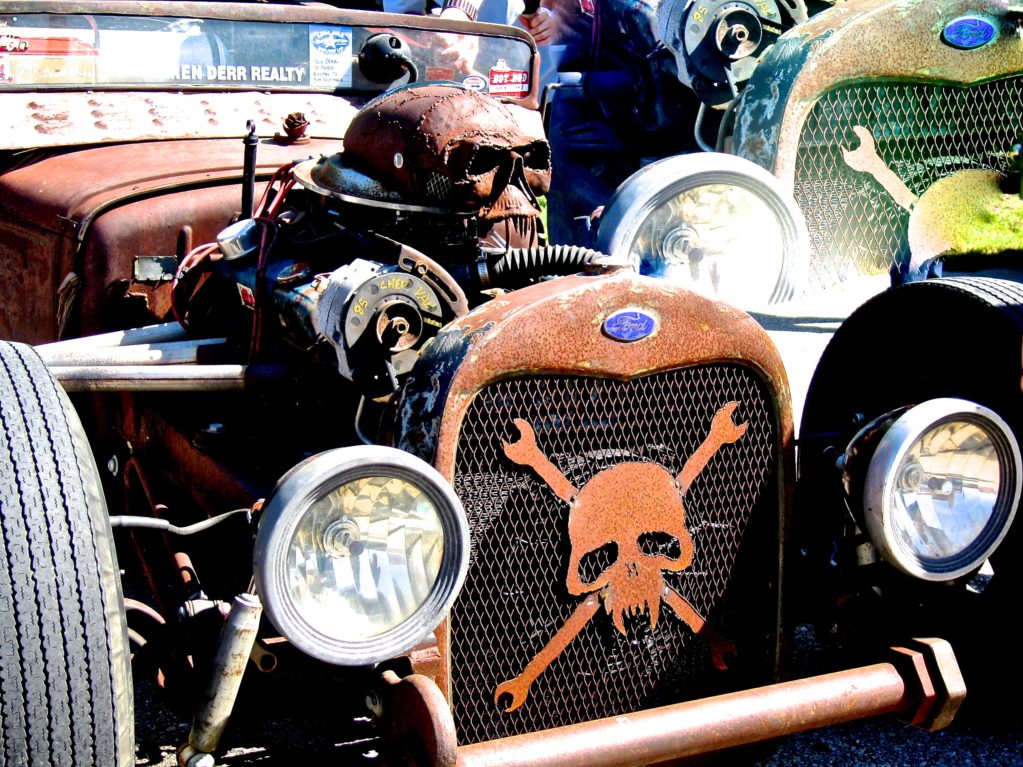 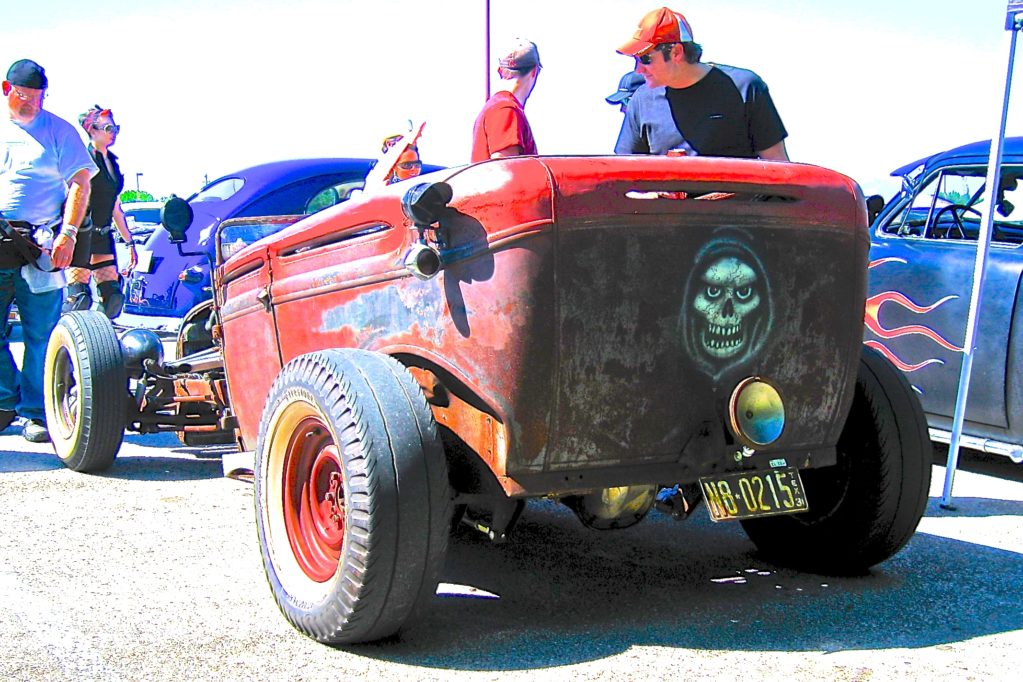 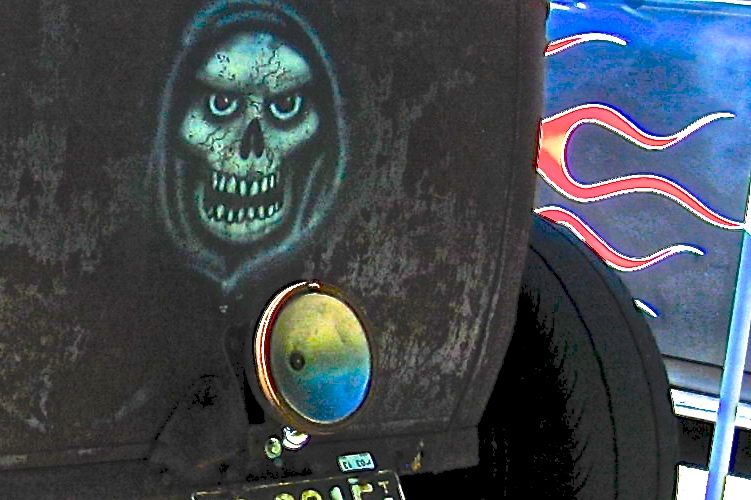