455 cu. in. Olds V8 pulls this heavy FWD car.  The 1960s was an innovative decade at General Motors.  The Toronado in 1966, along with the Cadillac Eldorado, were the heaviest FWD production cars ever and first American FWD since the 1937 Cord, but the transaxle was so stout that it was used under GM RVs into the 1970s.  GM started the decade with the independent suspension, air-cooled rear-engined Corvair, the next year the 215-cubic-inch (3.5 liter) aluminum V-8 and rear transaxle and turbocharging –  the only American engine design ever to win a Formula 1 title.  The super handsome 1963 Buick Riviera is a classic, originally pitched in-house as a new Cadillac model.  The 1966 Pontiac Tempest had a single overhead cam (SOHC) straight six.  What am I missing?  The 1970s was a different story, the American car nadir (not Nader – that was the 60s) with downsizing and stifling engines. 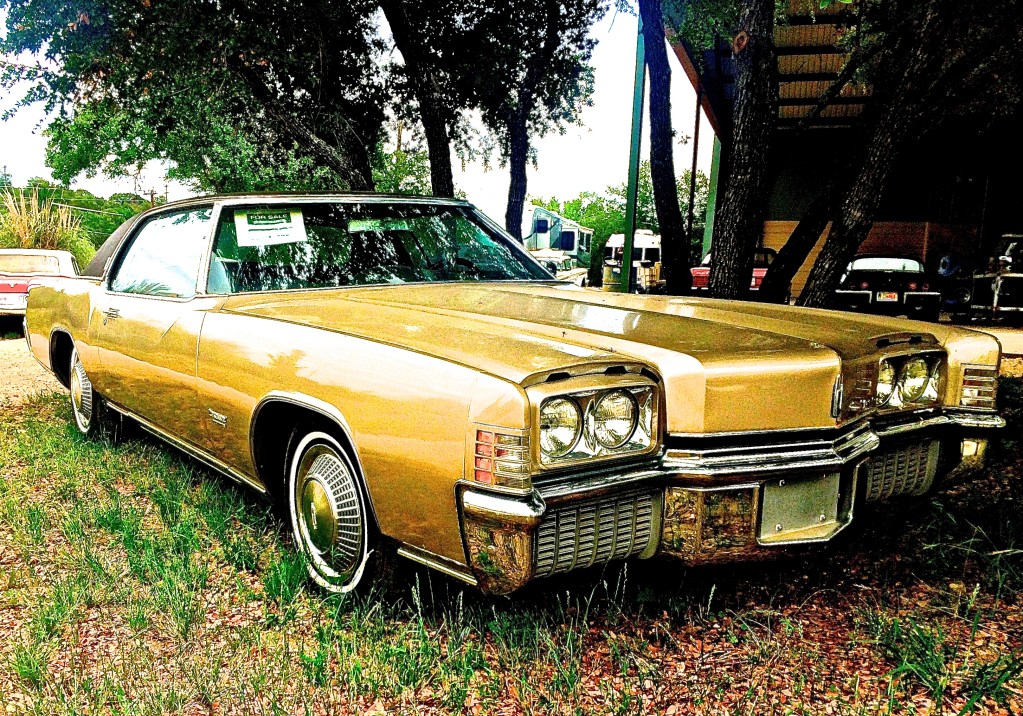 Great find, I’ve see very few of these, mostly the grilles removed to be applied to custom cars.  Love the GM fastbacks after WWII and this one really is nice to see. 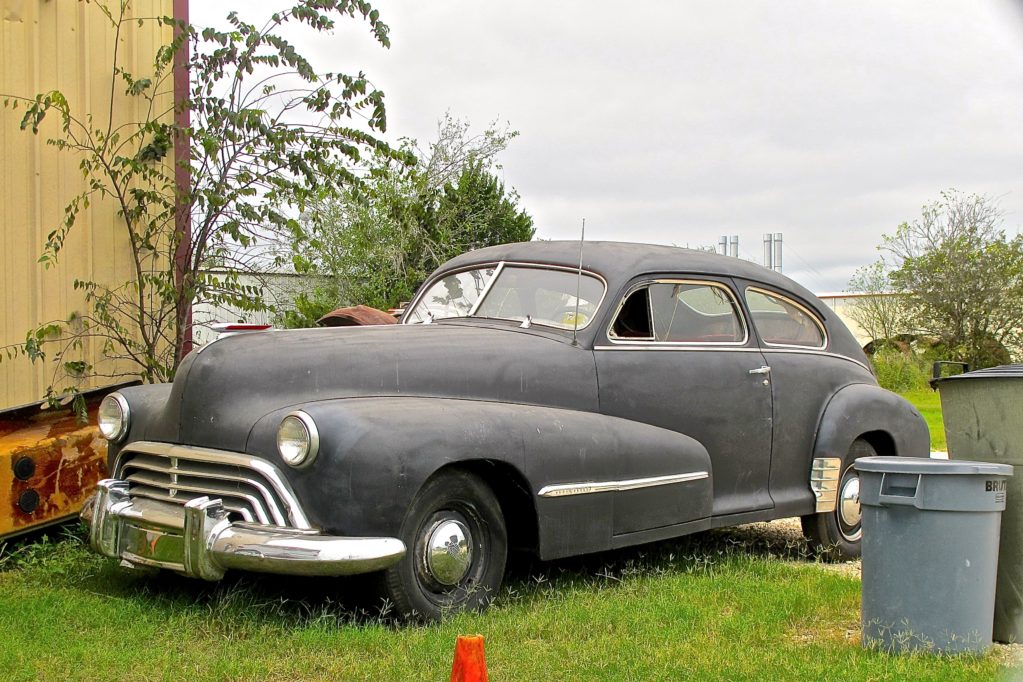 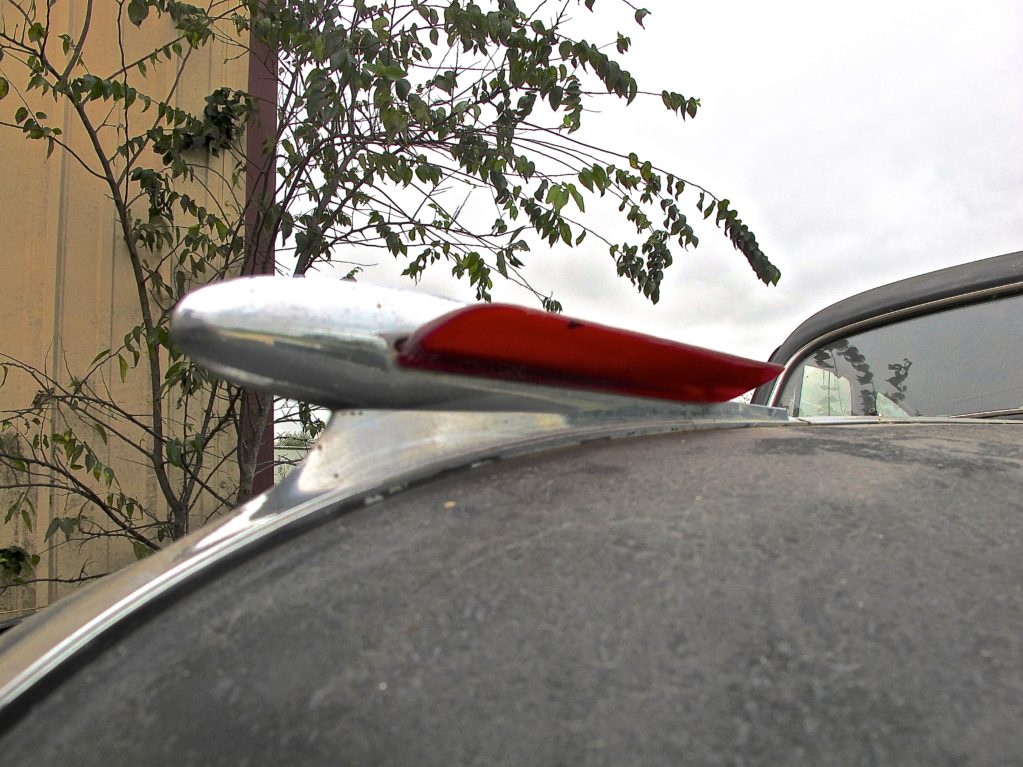 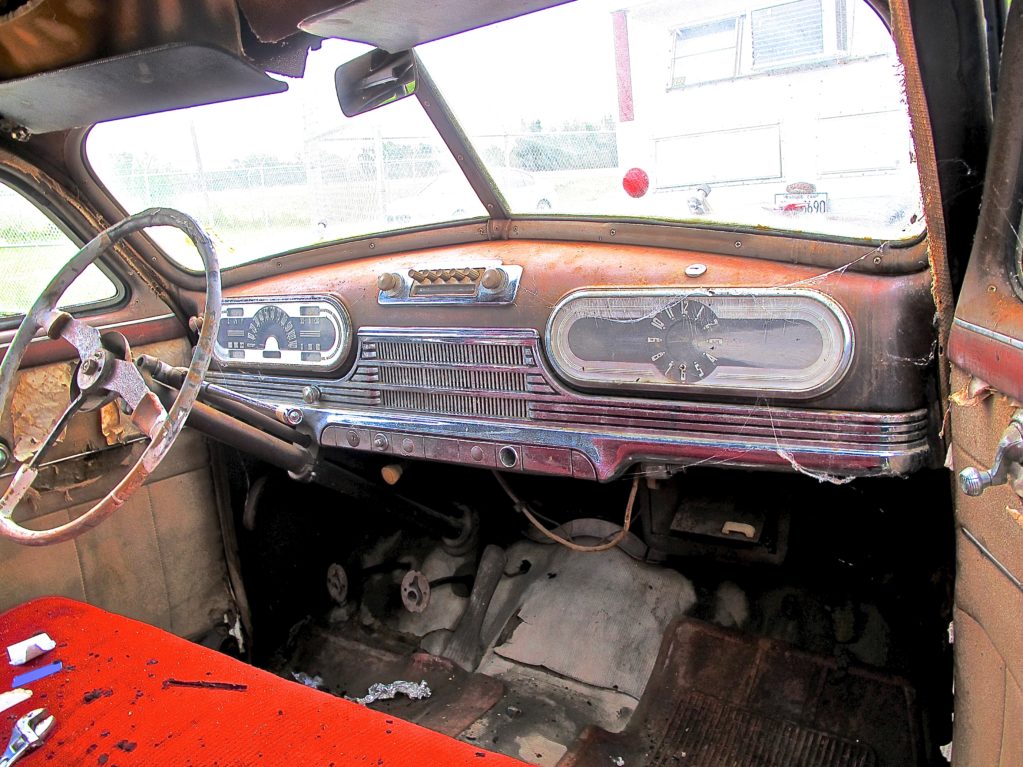 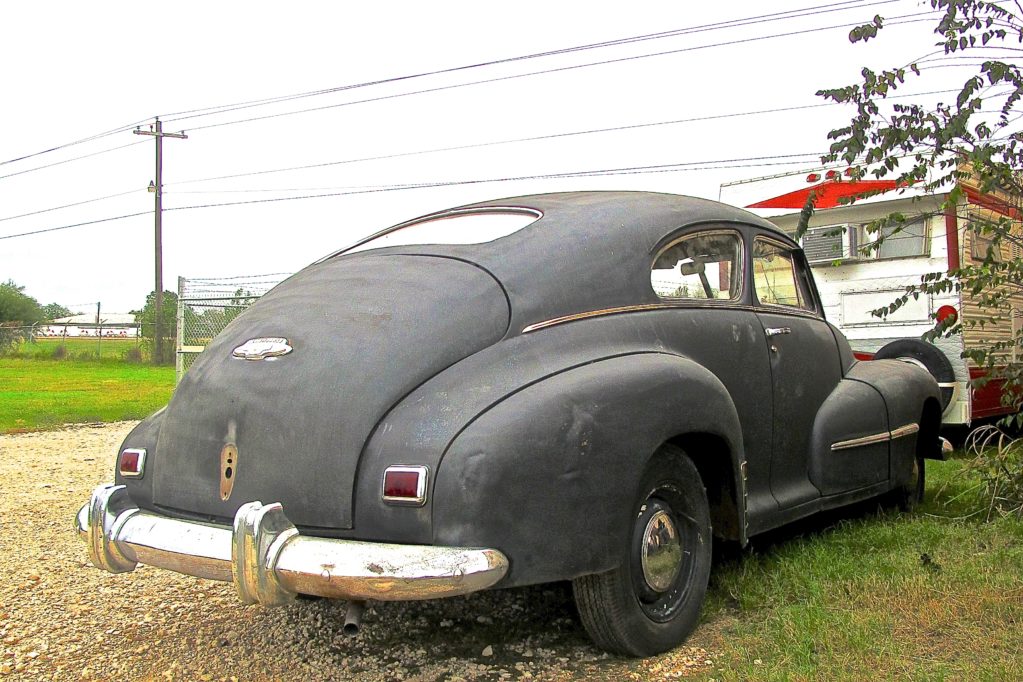 I got this pic at an auction in Monterey, California, during the week of Pebble Beach concours, Concorso Italiano show and many other events. Mannix was an American detective television series set in Los Angeles that ran from 1967 to 1975, starring Mike Conners. This Oldsmobile was customized by the famous George Barris, of Barris Kustom Industries.

1953 Oldsmobile Custom at Lonestar Round Up 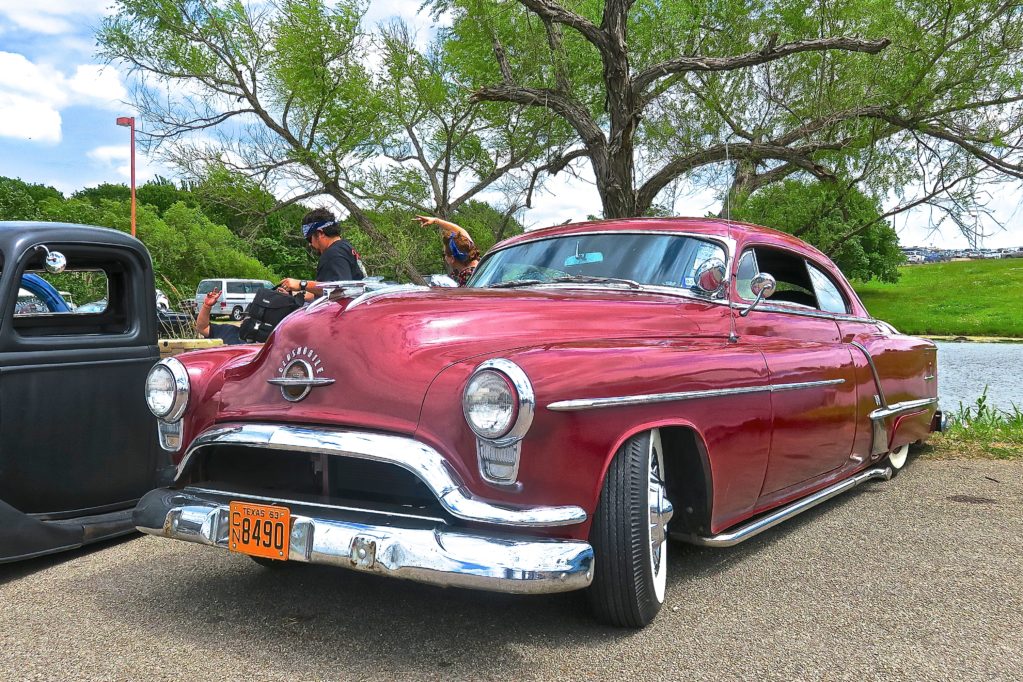