This handsome first generation Chevrolet Corvette looks stock except for the power bulge on the hood. 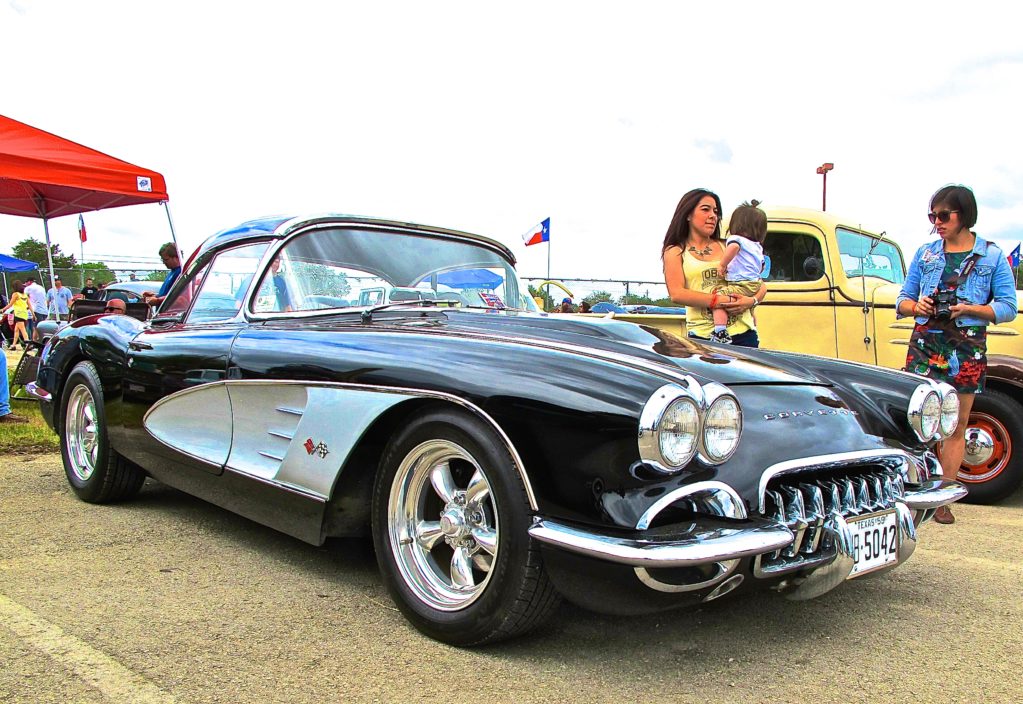 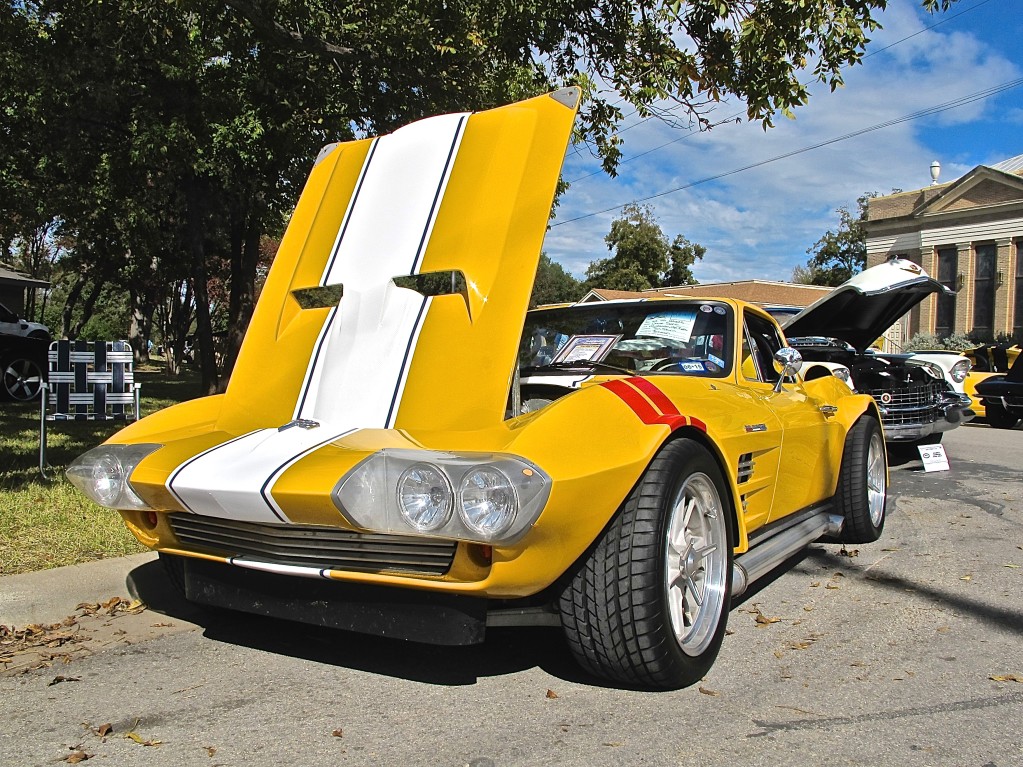 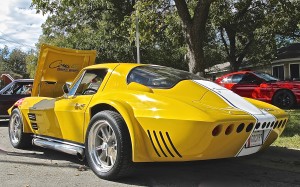 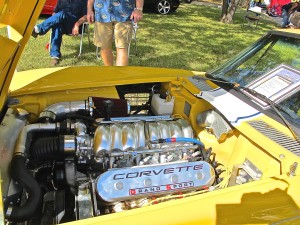 Sadly, only five original Grand Sports were built in 1962 to compete against AC Cobras before GM brass pulled the plug when they learned of  Zora Arkus Duntov’s secret program known as The Lightweight. These cars were 800 – 1350 lbs lighter than stock, several powered by a 377 cu. in. aluminum small block engine with four cross-ram Weber carbs, turning out 485-550 hp.  All original Grand Sports survive, valued at about $5 million.  This is an awesome recreation, and very compelling.

1969 Chevrolet Corvette Stingray off Hwy 290.  This C3 (third generation) series ran from 1968–1982.  These chrome bumpers indicate a pre-73 model, the best looking years in my opinion.  The wire wheels are a bonus.

Based on the XP-755 concept car, or the Mako Shark II, it was designed by Larry Shinoda in Bill Mitchell’s GM design shop, debuted at the 1965 New York and Paris auto shows, and powered by a 427 cu in Mark IV engine. 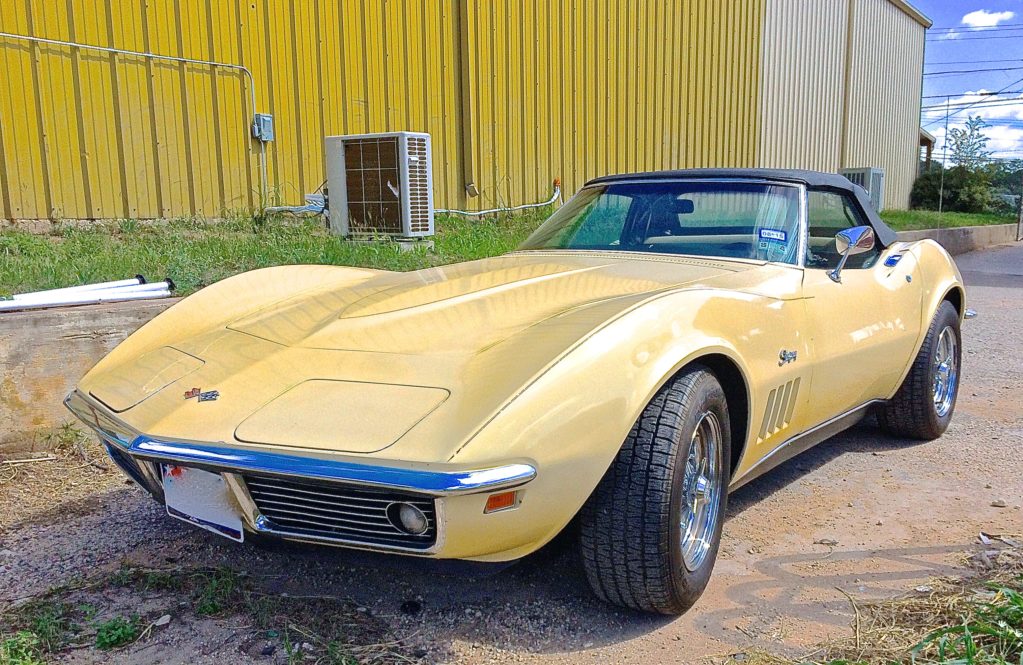 Vintage Race C1 Corvette at the Circuit of the Americas 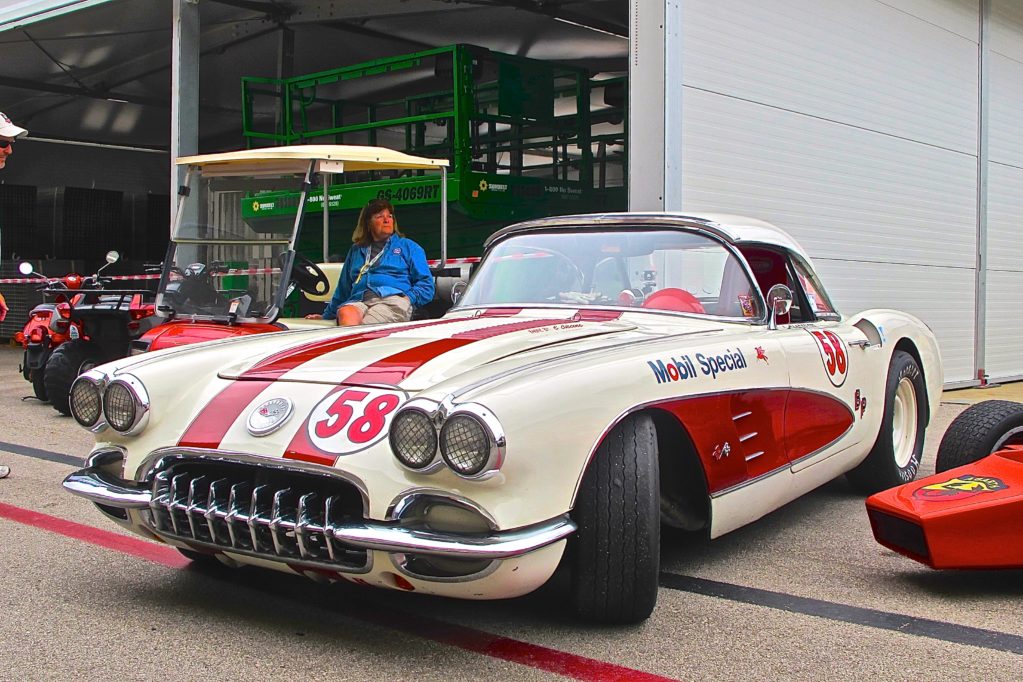