For the first photo, Austin American Statesman* dated Friday, Oct 3, 1952:  “SPEED TO BURN: This custom built 1952 Nash Healey car was delivered to Technical Sergeant S. R. Baty of Bergstrom Field by the P. K. Williams Nash Company. Sgt. Baty and Mrs. Baty are seated in the car preparatory to driving away as Williams looks on. The car, capable of 144 miles per hour, will lead the parade in Dallas Saturday as the State Fair of Texas is opened. Senator Lyndon B. Johnson will be a passenger.”

Second photo from the Austin newspaper article reads:  “Thurs Sept. 18, 1952: FIRST SHOWING; Nash motors fast new Nash Healey sports car will be placed on display for the first time Thursday at P. K. Williams Nash Company, 200 Congress Avenue. The new car has a estimated speed of 125+ mile a hour and is powered by the new “Dual Jetfire” Ambassador engine. The car stands only 38 inches from road to hood top, weighs 2600 pounds, and has a wheel base of 102 inches, a overall length of 170 inches, and a width of 66 inches. The front grill follows the design of the familiar Nash “Airflite” chrome barred racing scoop.”

*Note: Wiki says, “Waco-based newspapermen Charles E. Marsh and E.S. Fentress bought the Austin American in 1919 and the Evening Statesman in 1924. Merged under one company, the morning and evening papers published separately during the week and combined for a Sunday Austin American Statesman edition. The company continued separate titles until 1973, when all products became the American-Statesman.” 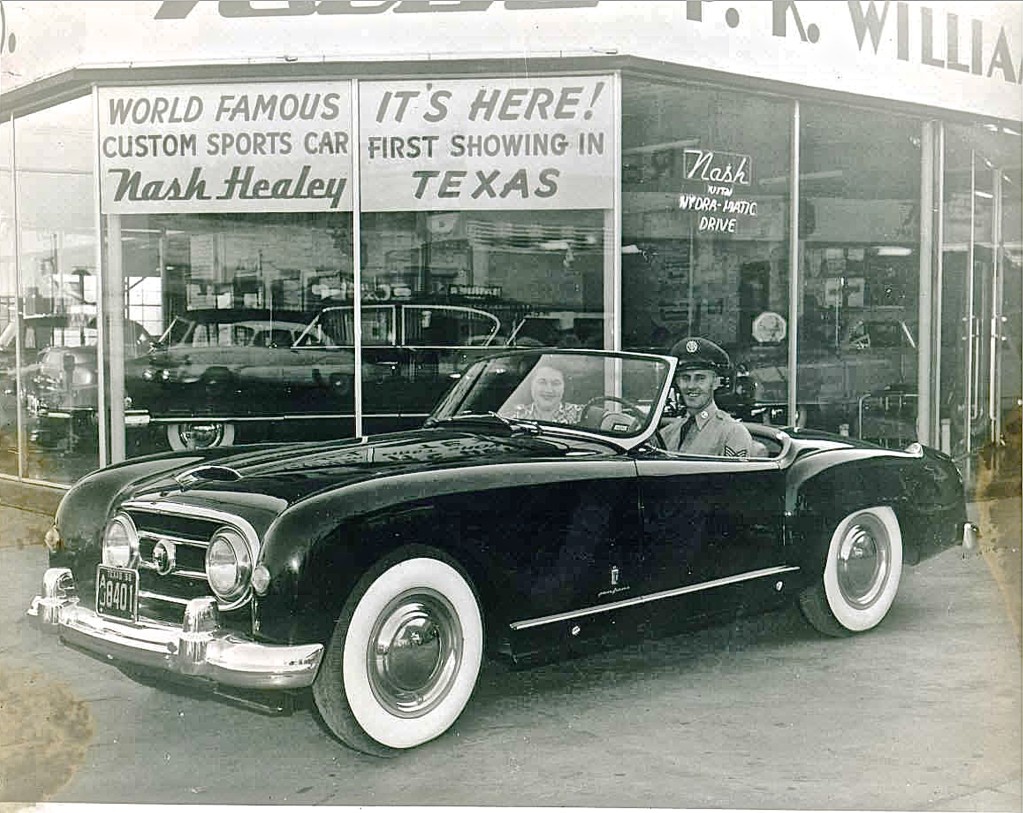 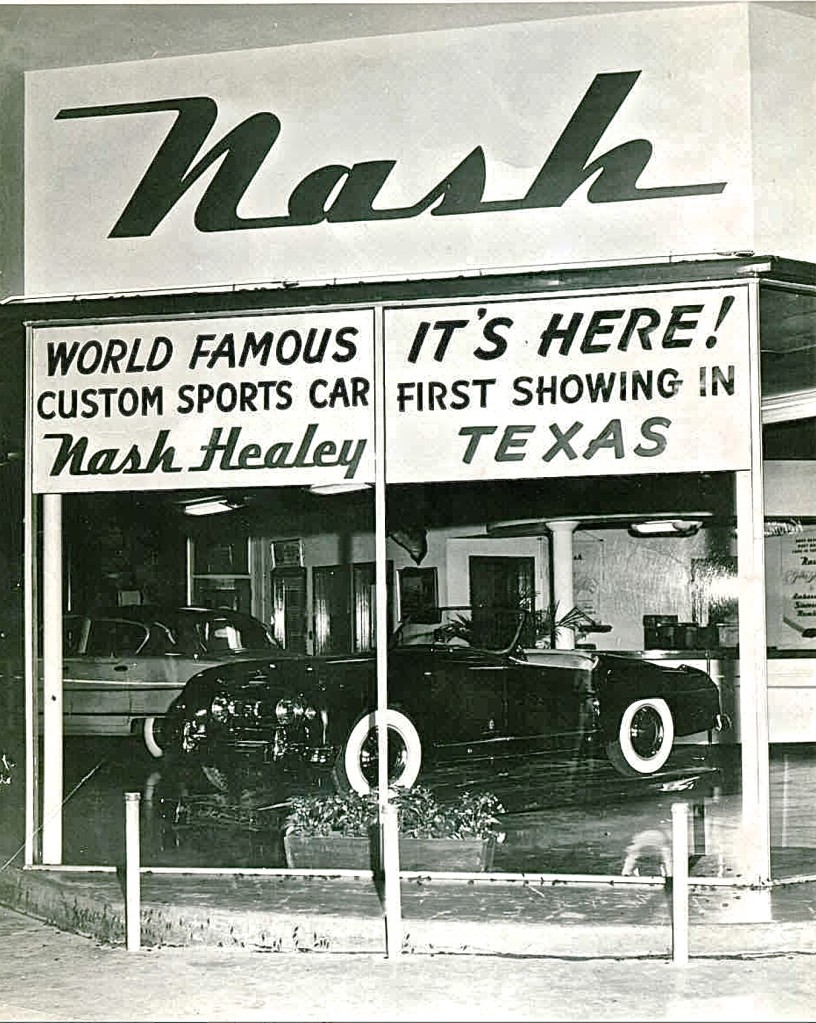